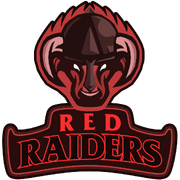 Formed by veterans of the Great Elderfall 1000 Year War, the Red Raiders have established garrisons in all the major cities of the realm ~ with their militant traditions and stalwart reputation ~ they are often called upon by the crown to both ignite and end conflicts across the continent, for the right gold payment of course.


Being born out of the ashes of the greatest war this realm has ever seen is not an easy path. Building and cultivating a village is no easy task, neither is building an army from the remnants of the destruction of a terror from another world. However soldiers are trained to give their life for the greater good, for something they will never see the end of. Three years after the great war a giant memorial was erected in the center of the Palace courtyard, hiding a secret headquarters within its depths.

When their former allies, the Blue Bandits, rose to power, they were called to action. Gathering troops from all over the realm, they began to dig in for what would be one of the longest wars, consisting of a series of skirmishes across the land. It may be tiring, but "Only the Strong will Survive" - Wise Man - Circa 1420 Great Elderfall War.